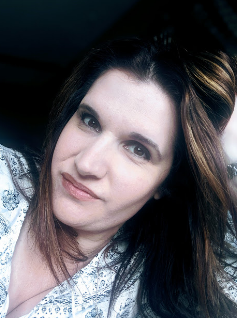 Juliana has been writing for close to thirty years. From her first publication in her junior high newspaper to her current writings on Tudor and Medieval history, writing has always been Juliana’s passion in life. While she has always been interested in history, it was her discovery that her family lineage led to Tudor Royalty, that pursued her to learn even more.

Through years of research, Juliana considers herself an expert on all things Tudor. Her interests also lie strongly with other aspects of medieval history, particularly the history of medicine and the macabre.  She has recently begun to embrace her lifelong fascination for Ancient Egypt as well. Juliana fondly remembers her 6th grade science teacher whose lectures of the burial practices of the Egyptians grabbed her interest immediately and have stuck with her since.

As well as actively writing her blog which focuses on the diary of a Lady in Waiting to Queen Katherine of Aragon, she continues to write for various publications in both the United States and The United Kingdom.  Her work has been published in History is Now magazine, Matt’s History Blog, A Tudor Writing Circle.com as well as Tudor Dynasty.com. Juliana has also self published on Amazon.com. She also runs her website and Facebook page, The Savage Revolt.

Juliana lives in central Massachusetts with her husband, children, and her mini dachshund, Pumpkin.