Ancient Egypt spanned nearly 3,000 years. To better understand the ebb and flow of this vibrant civilization, Egyptologists introduced three clusters, splitting this vast period of time firstly into the Old Kingdom, then the Middle Kingdom and finally the New Kingdom.

Dividing these epochs were periods where the wealth, power and influence of Egypt’s central government waned and social turbulence emerged. These periods are known as the Intermediate Periods.

Facts About The Three Kingdoms

The Old Kingdom spanned c. 2686 B.C. to 2181 B.C. and comprised the 3rd through to the 6th dynasties. Memphis was the capital of Egypt during the Old Kingdom.

The first pharaoh of the Old Kingdom was king Djoser. His reign lasted from c. 2630 to c. 2611 B.C. Djoser’s remarkable “step” pyramid at Saqqara introduced the Egyptian practice of building pyramids as tombs for its pharaohs and their royal family members.

Notable Old Kingdom pharaohs included Djoser and Sekhemkhet from Egypt’s Third Dynasty, the Fourth Dynasty’s Snefru, Khufu, Khafre and Menkaura and Pepy I and Pepy II from the Sixth Dynasty.

Cultural Norms In The Old Kingdom

The Pharaoh was the leading figure in ancient Egypt. It was the Pharaoh who owned the land. Much of his authority was also derived from leading successful military campaigns in his role as head of the Egyptian army.

In the Old Kingdom, women enjoyed many of the same rights as men. They could own land and gift it to their daughters. Tradition insisted a king marry the daughter of the previous pharaoh.

Social cohesion was high and the Old Kingdom mastered the art of organizing the vast workforce needed to construct colossal buildings such as the pyramids. It also proved highly skilled at organizing and sustaining the logistics needed to support these workers for extended periods of time.

At this time, priests were the only literate members of society, as writing was viewed as a sacred act. Belief in magic and spells was widespread and an essential aspect of Egyptian religious practice.

Religious Norms In The Old Kingdom

The pharaoh was the Head Priest during the Old Kingdom and the soul of the Pharaoh was believed to migrate to the stars after death to become a god in the afterlife.

Pyramids and tombs were constructed on the Nile’s west bank as the ancient Egyptians associated the setting sun with the west and death.

Re, the sun-divinity and Egyptian creator god was the most powerful Egyptian god of this period. By building their royal tombs on the west bank, the Pharaoh could more easily be reunited with Re in the afterlife.

Every year the pharaoh was responsible for performing sacred rites to ensure the Nile would flood, sustaining Egypt’s agricultural lifeblood.

The Old Kingdom was known as the “Age of Pyramids” as the Great Pyramids of Giza, the Sphinx and the extended mortuary complex was built during this time.

The pharaoh Snefru had the Pyramid of Meidum converted into a “true” pyramid by adding a smooth layer of external cladding to its original step pyramid design. Snefru also ordered the Bent Pyramid constructed at Dahshur.

The 5th Dynasty of the Old Kingdom ushered in smaller-scale pyramids compared to those of the 4th dynasty. However, the inscriptions discovered carved in the walls of the 5th Dynasty mortuary temples represented a flourishing of outstanding artistic style.

The Pyramid of Pepi II at Saqqara was the last monumental construction of the Old Kingdom.

The pharaoh Mentuhotep II, the ruler of Upper Egypt founded the Middle Kingdom’s dynasties. He defeated the 10th Dynasty kings of Lower Egypt, reuniting Egypt and ruled from c. 2008 to c. 1957 B.C.

Notable Middle Kingdom pharaohs included Intef I and Mentuhotep II from Egypt’s 11th Dynasty and the 12th Dynasty’s Sesostris I and Amehemhet III and IV.

Cultural Norms In The Middle Kingdom

Egyptologists consider the Middle Kingdom to be a classic period of Egyptian culture, language and literature.

During the Middle Kingdom, the first funerary Coffin Texts were written, intended for use by ordinary Egyptians as a guide to navigating the afterlife. These texts comprised a collection of magic spells to assist the deceased in surviving the many perils posed by the underworld.

Literature expanded during the Middle Kingdom and the ancient Egyptians wrote down popular myths and stories as well as documents official state laws, transactions and external correspondence and treaties.

Balancing this flowering of culture, the Middle Kingdom pharaohs mounted a series of military campaigns against Nubia and Libya.

During the Middle Kingdom, ancient Egypt codified its system of district governors or nomarchs. These local rulers reported to the pharaoh but often accrued significant wealth and political independence.

Religious Norms In The Middle Kingdom

Religion pervaded all aspects of ancient Egyptian society. Its core beliefs in harmony and balance represented a constraint on the office of the pharaoh and emphasized the need to lead a virtuous and just life in order to enjoy the fruits of the afterlife. The “wisdom text” or “The Instruction of Meri-Ka-Re” provided ethical guidance on leading a virtuous life.

The finest example of ancient Egyptian architecture in the Middle Kingdom is Mentuhotep’s mortuary complex. It was constructed abutting sheer cliffs in Thebes and featured a large terraced temple adorned with pillared porticoes.

Few pyramids constructed during the Middle Kingdom proved to be as robust as those of the Old and few have survived to the present day. However, Sesostris II’s pyramid at Illahun, together with Amenemhat III’s pyramid at Hawara still survives.

Another fine example of Middle Kingdom construction is Amenemhat I’s funerary monument at El-Lisht. It served as both the residence and tomb for Senwosret I and Amenemhet I.

In addition to its pyramids and tombs, the ancient Egyptians also undertook extensive construction work to channel the Nile waters into large-scale irrigation projects such as those discovered at Faiyum.

Ahmose expelled the Hyksos from Egyptian territory, extending his military campaigns into Nubia in the south and Palestine to the east. His reign returned Egypt to prosperity, restored neglected temples and built funerary shrines.

Some of Egypt’s most luminous pharaohs were produced by the New Kingdom’s 18th Dynasty including Ahmose, Amenhotep I, Thutmose I and II, Queen Hatshepsut, Akhenaten and Tutankhamun.

The 19th Dynasty gave Egypt Ramses I and Seti I and II, while the 20th Dynasty produced Ramses III.

Cultural Norms In The New Kingdom

Egypt enjoyed wealth, power and substantial military success during the New Kingdom including dominion over the Mediterranean’s east coast.

During Akhenaten’s controversial reign the members of the royal family were shown with slightly built shoulders and chests, large thighs, buttocks and hips.

Religious Norms In The New Kingdom

The controversial pharaoh of Akhenaten created the world’s first monotheistic state when he abolished the priesthood and established Aten as Egypt’s official state religion.

Pyramid construction ceased, replaced by rock tombs cut into the Valley of the Kings. This new royal burial location was partly inspired by Queen Hatshepsut’s magnificent temple at Deir el-Bahri.

Also during the New Kingdom, the pharaoh Amenhotep III constructed the monumental Colossi of Memnon.

Ancient Egypt spanned an incredible length of time and saw Egypt’s economic, cultural and religious life evolve and change. From the Old Kingdom’s “Age of Pyramids” to the “Golden Age” of the Middle Kingdom, through to the “Imperial Age” of Egypt’s New Kingdom, the vibrant dynamism of Egyptian culture is hypnotic. 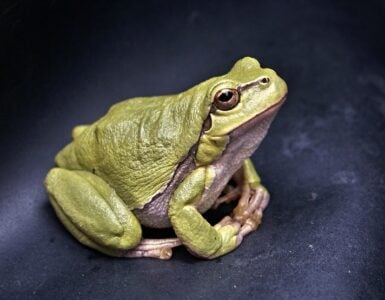 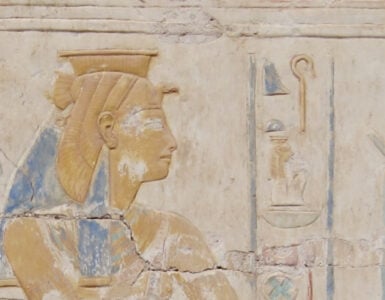 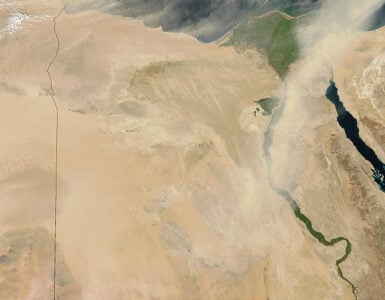 Climate and Geography of Ancient Egypt

Geography shaped how ancient Egyptians thought of their land. They perceived their country to be divided into two distinct geographical zones. Kemet the black land comprised the fertile banks of the Nile River, while...