When we think of the Ancient Egyptians we rarely stop to think about their food and drink, yet their diet tells us much about their society and civilization.

Egypt may be a hot arid land with vast stretches of shifting sand, yet the annual flooding of the river Nile created the Nile Valley, one of the most fertile stretches of the ancient world.

On the walls and ceilings of their tombs, the ancient Egyptians have bequeathed us exhaustive descriptions of their foods, complemented by offerings of food to help the tomb’s owners in the afterlife. Extensive trading networks connecting ancient Egypt to Mesopotamia, Asia Minor, and Syria brought in new foods, while imported foreign slaves also brought with them new types of food, novel recipes, and new food preparation techniques.

Modern scientific analysis of the contents of food remnants found in these tombs along with researchers comparison of carbon atoms and teeth taken from ancient Egyptian Mummies has given us a good indication of what constituted their diet.

Examining wear patterns on mummies’ teeth provides indicators about their diet. Many are pointed and worn. Pointing is due to the presence of fine sand particles in their food while wear is attributable to fine grains of the stone shed by mortars, pestles and, threshing floors which left minute fragments in the flour. Peasants and working people’s teeth display far more wear compared to teeth belonging to the upper classes. They could afford bread baked using more finely ground flour. In most mummies teeth there are no cavities, thanks to the absence of sugar in their food.

The primary crops grown were in the rich mud and silt of the Nile Valley and was wheat and barley. Wheat was ground into bread, one of the main staples eaten by rich and poor alike.

The importance of bread in ancient Egyptian daily life is shown by the word for bread doubling as the word for life. In the Middle and New Kingdoms, archaeologists discovered evidence of flour being ground using mortars and pestles. Hundreds of these were found during archaeological digs. Finer flour for the wealthy was ground by crushing grain between two heavy stones. After being ground, salt and water were added to the flour with the dough being kneaded by hand.

Mass production of dough in the royal kitchens was accomplished by placing the dough in large barrels and then treading it down. 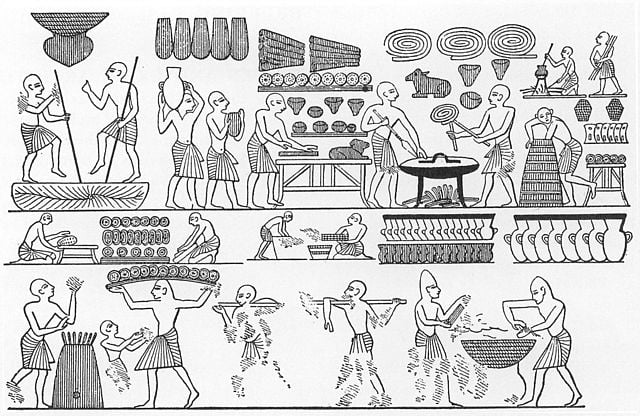 The kneaded dough was then shaped into round, flat loaves and baked on hot stones. Leavened bread incorporating yeast arrived around 1500 B.C.

In the Old Kingdom, researchers discovered references to 15 forms of bread. The baker’s repertoire had increased to more than 40 types of bread in the New Kingdom. The wealthy ate bread sweetened with honey, spices, and fruit. Bread came in many shapes and sizes. Temple offerings of bread were often sprinkled with cumin. Bread used in sacred or magical rituals was shaped into an animal or human form.

The vegetables of ancient Egypt would have been familiar to us today. Forms of beans, carrots, lettuce, spinach, radishes, turnips, onions, leeks, garlic, lentils, and chickpeas all featured in their everyday diet. Melons, pumpkins, and cucumbers grew profusely on the banks of the Nile.

Less familiar to us today were lotus bulbs, and papyrus rhizomes, which were also part of the Egyptian diet. Some vegetables were sun-dried and stored for the winter. Vegetables were made into salads and served with dressings of oil, vinegar, and salt. 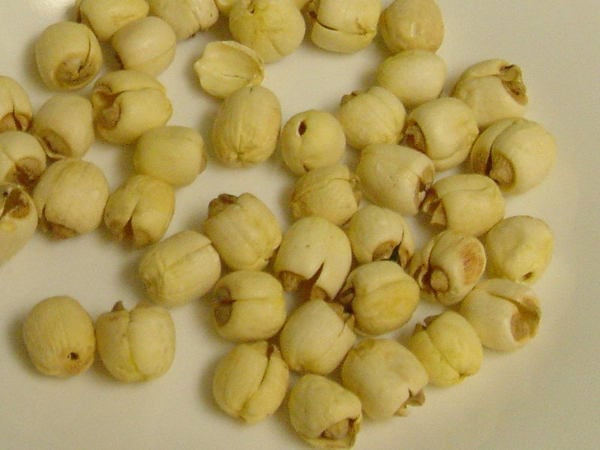 Apples, pomegranates, peas, and olives appeared in the New Kingdom. Citrus fruits were not introduced until after the Greco-Roman time.

Beef from wild oxen was the most popular meat. Goat, mutton, and antelope were also eaten regularly, while ibex, gazelle, and oryx were more exotic meat choices. Offal, particularly the liver and spleen was highly desirable. 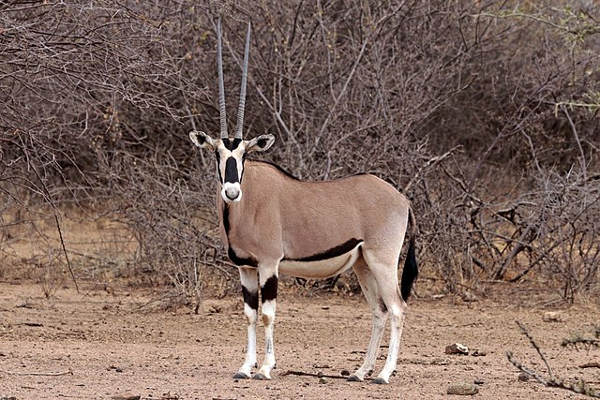 Despite the lack of refrigeration, milk, butter and cheese were widely available. A variety of cheese was processed using milk from cows, goats, and sheep. The cheese was churned in animal skins and rocked. Milk and cheese dating back to the First Dynasty have been found in tombs in Abydos.

Egyptian hieroglyphic of a cow being milked. [Public domain], via Wikimedia Commons 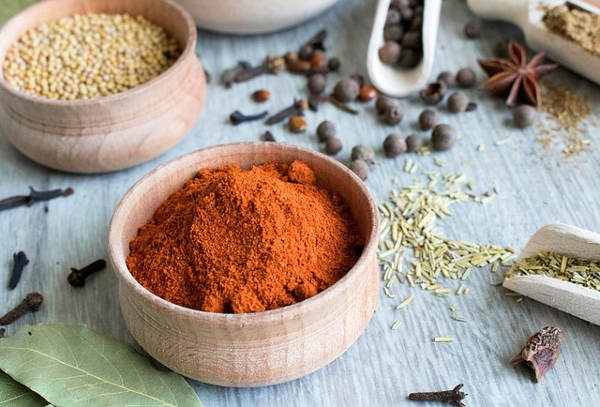 Beer was drunk by both the rich and the poor alike. Beer was the preferred drink of ancient Egyptians. Records indicate there were five common styles of beer in the Old Kingdom including red, sweet and black. Beer produced in Qede was popular during the New Kingdom. 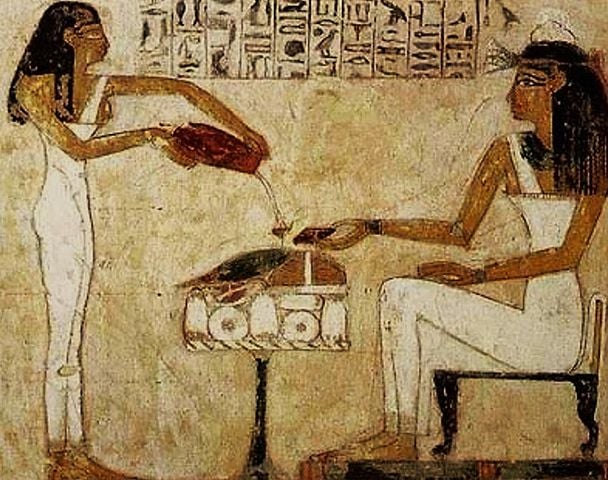 Barley was primarily used in brewing beer. Combined with yeast, the barley was handmade into a dough. This dough was placed in clay pots and partly baked in an oven. The baked dough was then crumbled into a large tub, water was then added and the mixture allowed to ferment before being flavored with honey, pomegranate juice or dates. 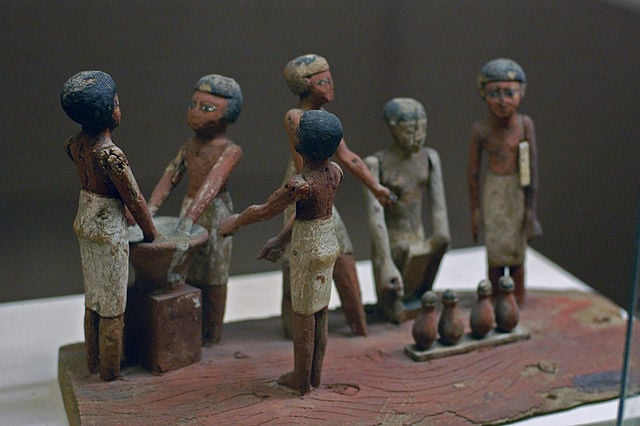 Wine was made using grapes, dates, pomegranates or figs. Honey, pomegranate and date juice was often used to spice the wine. First Dynasty excavation sites have turned up wine jars still sealed with clay. Red wine was popular in the Old Kingdom while white wine had overtaken them by the time of the new Kingdom. 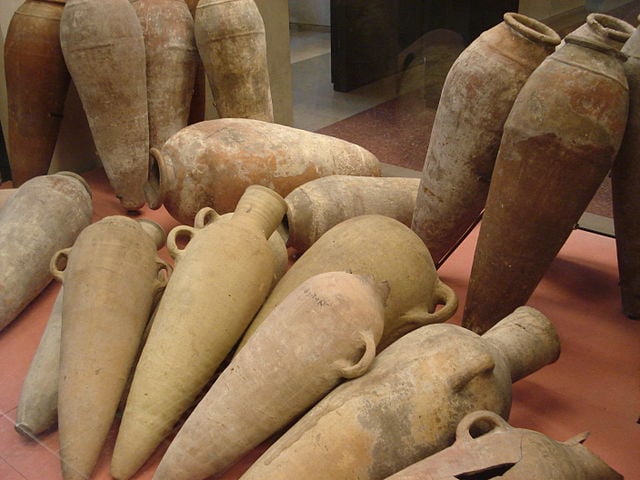 Palestine, Syria, and Greece all exported wine to Egypt. Due to its cost, wine was most popular with the upper classes.

With the abundance of food available to them, did the ancient Egyptian eat better than many of our children do with today’s high sugar, high fat and high salt diets?

What written or graphical evidence is there that the Egyptians cultivated, or ate, carrots?